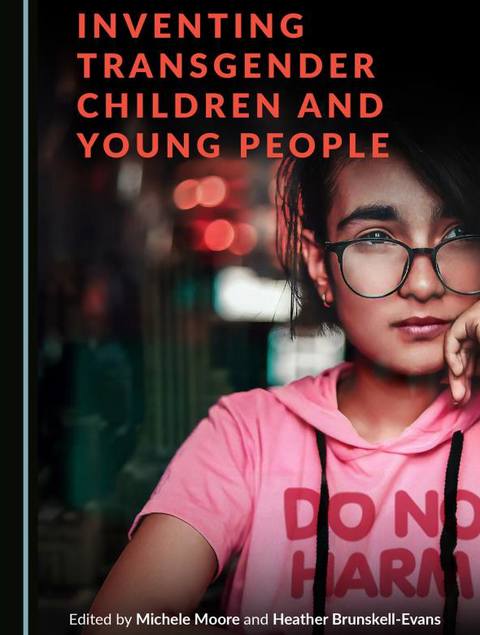 OBJECT has bought the new and controversial ‘Inventing Transgender Children’, co-edited by our very own Dr Heather Brunskell Evans, and has reviewed and summarised it in bullet points for you. Obviously this approach misses out a lot. We loved the book and thoroughly recommend it. But if your time or money are limited, reading this is better than missing out.

Basically a lot of professionals and parents have decided that the current policy of affirming any child who presents as transgender was a really bad idea as these kids are often struggling with a host of other problems which are the ones they really need help with. Calling them ‘trans’ and sending them off for blockers, hormones and surgery is physically really harmful at an age when they are too young to consent to the consequences (e.g. infertility), PLUS when this happens the abuse, disorders and trauma that they really need help with go untreated. Transitioning, although it appears to offer a solution to unhappiness, gives a short term high and gains lots of attention and support, does not solve anyone’s problems in the long term and can make people psychologically and physically worse not better.

The Foreword is by David Bell, Consultant Psychiatrist at the Tavistock and Portman NHS Trust.

The Preface is by Gender Critical Dad, who is trying to support his daughter while steering her away from permanent body alterations.

The Intro is by academics Heather Brunskell Evans and Michelle Moore. They say ‘The idea that ‘transgender identity’ is an inherent, biologically-determined phenomenon is not based on well-established, evidence-based principles of medicine, neuroscience, psychology or psychiatry’. In other words it’s made up, and hormone therapy (as well as not working) is harmful, so doctors should not do it as they promise in their oath to ‘do no harm’.

Chapter 1, also by Heather and Michelle:

Chapter 2 ‘Britain’s Experiment with Puberty Blockers’ is by Michael Biggs, a Sociology Professor

Chapter 3 is by Lisa Marchiano, a US psychoanalyst.

She says transgenderism is another man-made hysterical epidemic which expresses distress with current life, like the medieval feeling that people were made of glass and therefore very fragile, the Victorian idea of ‘hysteria’, the First World War concept of ‘Shell Shock’, or the modern concept of ‘anorexia’ or ‘body dysmorphia’, which gender dysphoria is close to. Symptoms may be very real but some are subjective and unfalsifiable. There is a strong cultural element in what behaviours are exhibited, a strong element of social contagion and a strong social reward in the positive attention and valorisation given to sufferers.

Chapter 4 is by Roberto D’Angelo, an Australian psychiatrist and psychoanalyst.

Chapter 5 is by Dianna Kenney, an Australian Professor of Psychology.

Chapter 6 is by Nathan Hodson, a UK doctor.

Chapter 7 is by Robert Withers, a lecturer and psychotherapist.

Chapter 8 is by Stephanie Davies-Arai, founder of Transgender Trend.

Chapter 9 is by Stella O’Malley, psychotherapist and presenter of the Channel 4 documentary ‘Trans Kids – It’s Time To Talk’ screened in 2018

Chapter 10 is by detransitioners who feel they cannot openly use their own names.

Chapter 11 is by Patrick, who transitioned age 37 and detransitioned.

Chapter 12 by Elin Lewis, who works in marketing and digital comms, is about YouTube trans vlogs

Chapter 13 is by Stephanie Davies-Arai and Susan Matthews and covers materials used in schools.

Chapter 15 by Michele Moore, a Health and Social Care professor, is about ROGD.

OBJECT found this book to be excellent: complex evidence from a variety of eminent professionals was clearly presented for the lay person, and parents’ perspectives were given due weight. Sorry, transactivists, but shouting, even ever so long and loud cannot in the long term go against evidence.